Bryan Barberena is an American MMA UFC contender and a Blue belt in Brazilian Jiu-Jitsu. He has been dynamic as an assemble in the UFC since 2009 and has set up himself as a Jiu-jitsu master.

As of now (as of September 2020), he battles in the Middleweight, Welterweight, and Lightweight weight classes. Prior to joining the positions of the UFC, he battled in various free circuits and even went after King of the Cage. 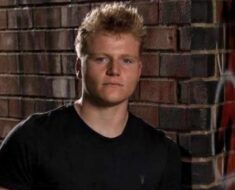