Emily Jashinky is an American columnist and editorial essayist for the Washington Examiner. She was brought into the world in 1993 in southeastern Wisconsin, Washington. Emily is an alum of George Washington University where she examined experimental writing and political theory. She encountered an adjustment in the way of her life whenever she found the opportunity to turn into the leader of GWU’s YAF(Young America’s Foundation) until her graduation.

She has additionally been functioning as the central proofreader at Federalist which is an online magazine managing society, legislative issues, strategy, and religion. Her significant interest is in breaking the obstruction of traditionalism and biasness and assist individuals with traversing it solid. 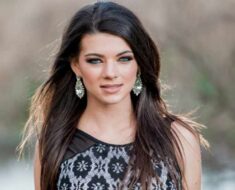