Jacqueline Marie Evancho, better known as Jackie Evancho, is an American classical crossover singer who was born on April 9, 2000, in Pittsburgh, Pennsylvania. Evancho is the youngest top-10 debut artist in US history, as well as the youngest solo artist to receive platinum and gold album ratings. She was the first runner-up on the television show “America’s Got Talent” (season 5).

Her birth sign is Aries, and she is 19 years old as of 2019. She is an American citizen with a White ethnicity. She went to Pine-Richland School District and graduated from Pine-Richland High School in 2018. However, she received most of her education online.

Jackie Evancho’s net worth as of 2019 is estimated to be $4 million, according to Celebrity Net Worth. She has also endorsed King Orthodontics, GUESS Kids, and Justice Girls Clothing. Evancho has also served as a Mission: Humane ambassador.

Who is Jackie Evancho Dating Currently?

When it comes to her romantic life, Jackie has been in a relationship with an unknown man. In an August 2017 interview with Hollywood Life, she discussed her five-month relationship. She even tweeted a photo of herself with her prom date back in 2014. However, when fans began to make a big deal out of it, she denied it and didn’t provide much information about it.

Jackie, 19, stands 5 feet 1 inch tall and weighs 47 kilograms. Her body measurements are 32-23-33, indicating that she has a slim build. Jackie is a lovely young woman with blue eyes and blonde hair.

Jackie had a passion for music since she was four years old when she saw the film ‘Phantom of the Opera.’ She began her career by competing in a number of local singing contests. She tried out for the show ‘Kean Idol’ when she was eight years old and ended up winning first runner-up.

Evancho began her professional singing career on November 10, 2009, at the age of nine, with the release of her independent album “Prelude to a Dream.” The following year, a music producer named ‘David Foster invited her to join him on a tour called ‘David Foster & Friends concert. She also finished first in the ‘Hitman Talent Hunt Contest.’

Despite being rejected twice, she never gave up hope and auditioned for the fifth season of ‘America’s Got Talent,’ where her hard work paid off and she was chosen. Jackie was crowned first runner-up in the show. Following her victory, she embarked on a 10-city nationwide tour with “America’s Got Talent: Live Tour.”

On November 16, 2010, she released her debut album, O Holy Night, which charted at No. 2 on the Billboard 200 in the United States. The album was certified platinum and gold, and she was the youngest solo artist in chart history to debut in the top ten. Her second album, “Dream with Me,” was released on June 3rd, 2011, adding to her success. It debuted at number two on the Billboard 200 and was certified gold by the RIAA.

In December 2011, she released her second Christmas album, “Heavenly Christmas.” The album was ranked fourth among the best-selling classical albums of the year by Billboard. This was not the end of Jackie’s career; in October 2012, she released her second album, ‘Songs from the Silver Screen.’ It debuted at number seven on the Billboard 200, making her the youngest musician in history to have three Billboard top ten albums. 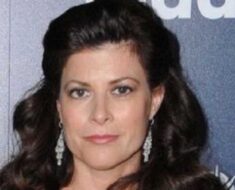 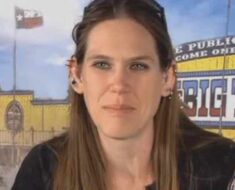