Sai Bennett is a British entertainer. She is well-known for her role in the 2014 film The Face of an Angel. Her other well-known films include Enemy (2016), Mr. Selfridge (2013), and others. She will appear as Princess Mary in the TV Mini-Series The Spanish Princess beginning in 2020.

The actress was born on May 30, 1990, in England. She will be 29 in 2020. Her nationality is British, and her ethnic background is English. Her astrological sign is Gemini. There is no information about her parents, siblings, or childhood. In terms of her educational background, she attended the Royal School in Hampstead, London. Unfortunately, she lost interest in education and dropped out at the age of sixteen.

The stunning actress has not yet married, but she is undoubtedly dating someone. Currently, she is involved with Sam Doyle. Sam is also a painter and a videographer. On March 31, 2016, she shared a photo of Sam on Instagram. Furthermore, they visit more desirable locations and are photographed. He frequently appears in her Instagram posts.

Estimated Net Worth of Sai Bennett

In 2016, she was supposed to date Keith Allen and Alison Owen’s child, Alfie Allen.

Bennett donated her hair to a charitable organization, The Little Princess Trust, in 2014. This organization uses the donated hair to make wigs for small kids who have lost their hair as a result of cancer treatment.

Bennett is 5 feet 7 inches tall and weighs around 52 kg. She has brown eyes and brown hair. She also has a rose tattoo on her right arm. Finally, she is only dynamic on Instagram, where she has thousands of followers. She dislikes Facebook and Twitter.

When discussing her career, she mentioned that she got her first acting job while trying on clothes at a nearby store. Bennett took over the role of Emily in Trapped in 2012. Her other notable film roles include Elizabeth Pryce in The Face of an Angel, Michelle in Just Jim, and Morgan in The Vintage. In 2019, her ongoing work in the film was as Sophie in Hurt by Paradise. Greta Bellamacina organized it.

Following that, in the year 2012, the actress appeared as Saskia in Prisoners Wives. It was one of her most punctual TV appearances. Later, from 2014 to 2015, she portrayed Jessie Pertree in Mr. Selfridge. She also played Edith in the short film Edith. Bennett then went on to play Anna White in Close to the Enemy in 2016. Around the same time, she appeared as Mary in First.

Her other TV shows include Knightfall, Strike Back, Lake Placid: Legacy, and Leprechaun Returns. She also played Marie in Knighfall. In the 2020 adaptation of The Spanish Princess, she will play Princess Mary. 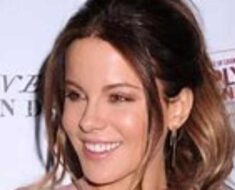